The 7:30 concert also features a photography exhibition by Burk Uzzle and our photography contest winners.

Winners of the competition are as follows:

Movement #4a = Shaun McLaughlin for "Playtime"

If you can, please come join us for the festival and meet Burk Uzzle, Bryce Lankard and the rest of our photography competition winners!

"Sight & Sound" Photography Competition was sponsored by Steve's Sweet Treats, Aperture Magazine, The Sun Magazine (Chapel Hill, NC), and Scrub Oaks Restaurant (who will be providing dinner for the winners). 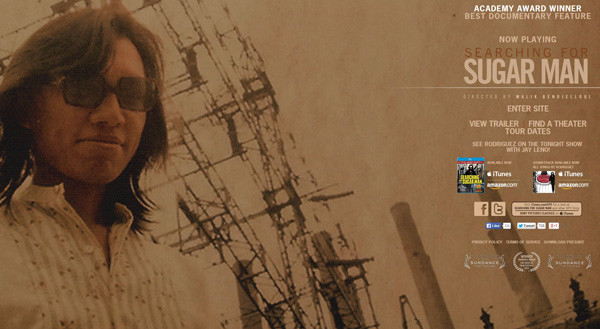 I've become more than a little obsessed with this documentary film "Searching for Sugar Man" ... it is all I've been watching while stuck in bed with the stomach flu. The photography is gorgeous. The music is forever soulful and wise. But it is the story that really gets under your skin and sticks with you. And what a truly magical story it is!

One man's struggle for freedom in Apartheid oppressed South Africa in the 1970s turns out to be the very thing that, 40 some years later, gives another man --- a man who he had never met and who lived thousands of miles away --- the gift of his life.

This Oscar winner is a story that is so unbelievable no one could have made it up ... it's like the impossible dream came true.

I highly recommend this film!!

I wrote this poem last year, 2013, to a once beloved friend, British photographer Jez (Jeremy) Coulson. By accident, the chair of the theatre department at Methodist University saw the poem and asked if he could produce it as a part of their Spring 2014 production. The poem has a somewhat dramatic back story, so at first I wasn't quite sure of how to respond. But eventually I agreed. From the process of writing the poem, to watching the auditions, to sitting through the rehearsals, to this week's opening night and official performances, has been quite a journey for me.

The photography and the poster design is mine as well. At the last minute the theater dept. needed someone to do their posters and advertisements for this production, and they hired me, for which I am grateful. So the photography and designing also became a part of this journey. More of the posters and ads can be seen at: http://anenchantedforest.zenfolio.com/graphicdesign

Teresa Hammonds is the young actress who was cast to play me and perform my poem. She is s sophomore and a theater major who has starred in a few of Methodist's productions, last year she landed the starring role in "Doubt" to much acclaim. She has done an absolutely amazing job with this three page --- very challenging to memorize --- poem. Thank you, Teresa.

For photographers it is officially the "photography contest season" (as you can see from my previous post). So I've been entering my project "The Laridae Ballet" ---- a series of images capturing seagulls (the technical name for seagull is Laridae) --- in a few of the contests. The Laridae Ballet is a part of a larger series on which I am working that includes photographing all sorts of birds. My goal with The Laridae Ballet was to re-imagine these ordinary "scavengers of the sea" as ballet dancers. I've captured them in different "ballet positions" such as En Croix (the ballet term for "in the shape of a cross") in the photo posted here. One of the things I most like about photography is that it allows me to capture the ordinary in extraordinary ways.

Ten of my images from The Laridae Ballet series can be seen in my online portfolio: http://anenchantedforest.zenfolio.com/ballet

If the print on the flyer is too small to read, please check out the information at: http://www.methodist.edu/capefearfestival

Martin Luther King, Jr. is and forever has been one of my heroes. His courage and willingness to take a stand for justice, to stand for dignity for all people, to risk his life for the right to be treated fairly, compassionately and with respect makes him such an extraordinary human being.

This morning I enjoyed listening to the Rev. Otis Moss at the Triangle Interfaith Prayer Breakfast. Rev. Moss reminds me very much of Dr. King. His passion, his theology, his wisdom and his courage were inspiring.

He spoke of how the parable of the "Good Samaritan" and how one's reading of the parable reveals who a person truly is: Is your passion for yourself and your own well-being, or is your passion for the other person and his well being? Is your goal to protect yourself and work for yourself and live for yourself? Or is your goal to protect your family, friends, and your community, to work for the good of everyone and to live for something larger than yourself: to risk your life for justice and for the good of all humanity?

Wishing everyone a peace-filled and joyful MLK Day!

My play, "I Need to Borrow Your Car" and a dramatic interpretation of my three page poem "To Jeremy" are currently in production. So for the next six weeks I'm attending some of the rehearsals, which means plenty of opportunities to shoot actors and actresses. This is Cindy from El Salvador taking a break between scenes. Even though the stage lights were lit and the stage had almost a dozen people, here sitting on the perimeter and singing to music from her Iphone, Cindy is the picture of solitude.

I must admit that I've never thought of New Year's Day as a Christian holiday. But for many folks around the world, New Year's is indeed Christian. So for many Orthodox Jewish people, the decision to celebrate New Year's is controversial: http://www.foxnews.com/world/2013/12/30/party-loving-israel-has-fraught-relationship-with-christian-new-year-eve/

I never thought of New Year's as Christian, and yet when I was a kid, I used to go with my dad to a New Year's Eve "Watch Service" at our church. The service was from 11:30 pm - 12:30 am every New Year's Eve. We only went a handful of times, but it quickly became my favorite service. Unlike a regular church service, the time was spent looking back over the year, taking stock of the past and preparing for the year ahead. There was time for silent reflection and prayer as well as a beautiful candle light portion of the service that welcomed the new year.

I'm not sure if any churches still have Watch Night services, which I think originated with the United Methodist Church. But it is good to prayerfully and thoughtfully look back over the year. This past year has been very difficult for me---actually one of the most difficult years in recent history. My mom had to have back surgery then, a couple weeks after the operation, she became critically ill with an infection which kept her in the hospital for several weeks. One of my friends became suddenly ill and died very quickly after her diagnosis. My beloved cat of 17 years also grew gravely ill and died. And all the while one of my dearest friends spent something like five months or more sending cruel, harassing messages everyday---sometimes more than once a day---simply because I said that "Nelson Mandela embodied some of his Christian faith in his campaign for justice in South Africa." (Turns out that Nelson Mandela was very much influenced by Martin Luther King, Jr. and Methodist Missionaries, I've only recently learned). My comment about Mandela offended my friend and initiated his rage. Jez only stopped sending the harassing messages when I called and made a report with the police. And I'm still struggling with the decision of whether or not to sign a warrant for his arrest (in the state where I live it's a two step process, first you make the report and then you sign the warrant). I'm still struggling to figure out what exactly happened and why my friend did what he did.

But the year wasn't without merit. One of my photographs was published on the cover of a magazine: Kakalak Magazine: http://enchanted4est.livejournal.com/58308.html ... My interview with photographer Bryce Lankard (who is now my truly wonderful photography mentor) was featured in a magazine: http://enchanted4est.livejournal.com/57245.html ... one of my poems "To Jeremy" and one of my plays "I Need to Borrow Your Car" have been selected to be performed (the poem for a spoken word poetry event and the play for a one-act play event), and I will post more about the poem and the play later.

So taking stock and looking ahead. Looking back over 2013 with regret and with gratitude. Looking ahead to 2014 with hope. 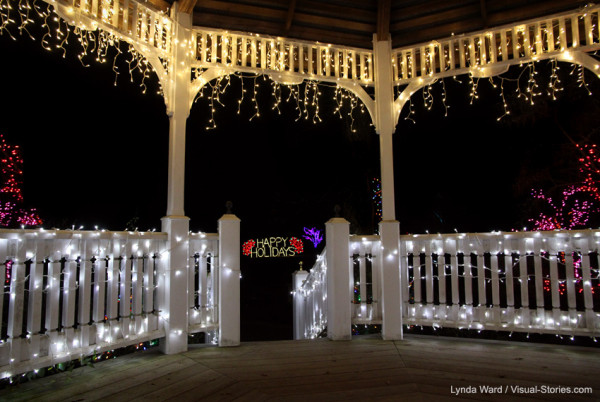 
One of my favorite things about this time of year is the light shows. This is my shot of the Cape Fear Botanical Gardens Holiday Light Show, which is seen not by driving through the gardens but walking while beautiful, live music plays. They had different music on different nights, one night they had a choir and other night a harpist. All of the gardens were lit with fairy lights, and since the center of the gardens has a reflecting pool, the lights reflecting in the water were especially enchanting. I loved it!

Because LiveJournal only allows certain size posts, you can see the larger version of this photo on either of my Facebook pages:

https://www.facebook.com/lward (where it is the banner photo).

Wishing you a Merry Christmas, a Happy Holiday Season, and many blessings of peace and joy ... and a world filled with beautiful, enchanting lights.